Okay I’ve been eying the Organic Cotton Pin-Tuck Duvet from West Elm lately, but they haven’t been carrying it in white which is what I need for the ole’ master bedroom. I’ve been seeing this bedding EVERYWHERE, haven’t you? I was browsing www.WestElm.com and it looks like they now have it in white! Woo hoo!

I was planning on using this post as one of my Chic Finds,
but now I can’t…you’ll see why 😉 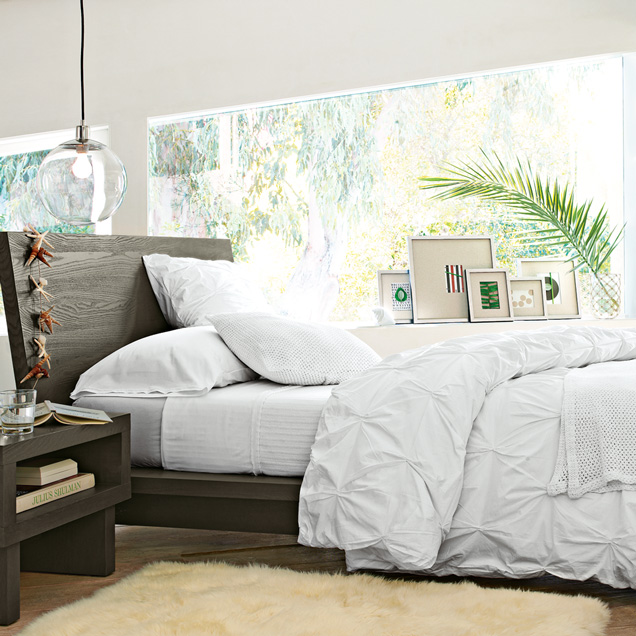 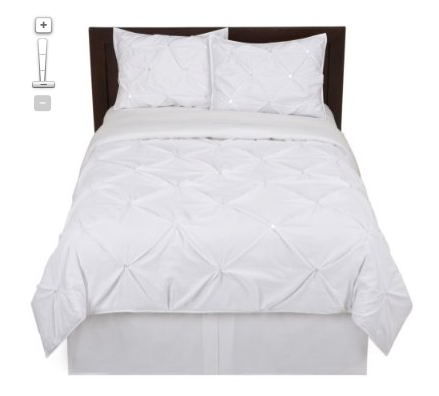 Okay so my Chic Find isn’t such a find anymore…lol. BUT there are a few differences to note. One the Target bedding is actually a comforter, not a comforter cover. AND the Target set also includes two shams and a bedskirt. 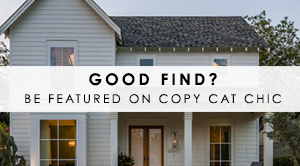